© 2018, The Author(s) 2018. Red wood ant nest mounds were investigated on terrain deglaciated since the mid-18th century at three outlet glaciers of the Jostedalsbreen ice cap in southern Norway. Chronosequence methodology was combined with a geo-ecological approach in the context of autecology. Size and composition of 168 mounds, most of which belonged to Formica lugubris, were related to terrain age, vegetation characteristics and physical habitat types using non-metric multidimensional scaling (NMDS) linked to segmented bubble plots and inferential statistical techniques. Substantive insights include (1) colonisation occurs 50–80 years after deglaciation; (2) mounds up to 100 cm high occupy the glacier forelands with a density of 2.5–4.6 mounds/hectare; (3) the positive correlation between mound size and terrain age is weakened by the presence of numerous small mounds attributed to the expansion of polydomous colonies by budding; (4) although mounds are mostly composed of plant remains (litter), they contain up to 17% mineral material (mostly gravel) on relatively young terrain; (5) mound size and composition are related to the number of trees (Betula pubescens) occurring within 5 m of each mound, which reflects the availability of biological resources for mound thatch and ant food, the latter being primarily honeydew from aphids; (6) where aphids are present on trees, the mounds tend to be relatively large, reflecting the presence of ant–aphid mutualism; (7) mounds are larger on moraines and till plains than on outwash deposits, probably reflecting the enhancement of tree growth because of greater moisture availability and soil fertility in the former habitat types; (8) a strong southerly preferred aspect in mound orientation indicates the importance of direct solar radiation in maintaining internal mound temperatures and (9) glacier-foreland landscapes are not simply time-dependent chronosequences reflecting succession but the product of spatio-temporal dynamics involving biotic and abiotic interactions, which we summarise in a conceptual geo-ecological model. The main methodological implications are that chronosequences can be used to investigate the autecology of keystone species using a geo-ecological approach and multivariate analysis. 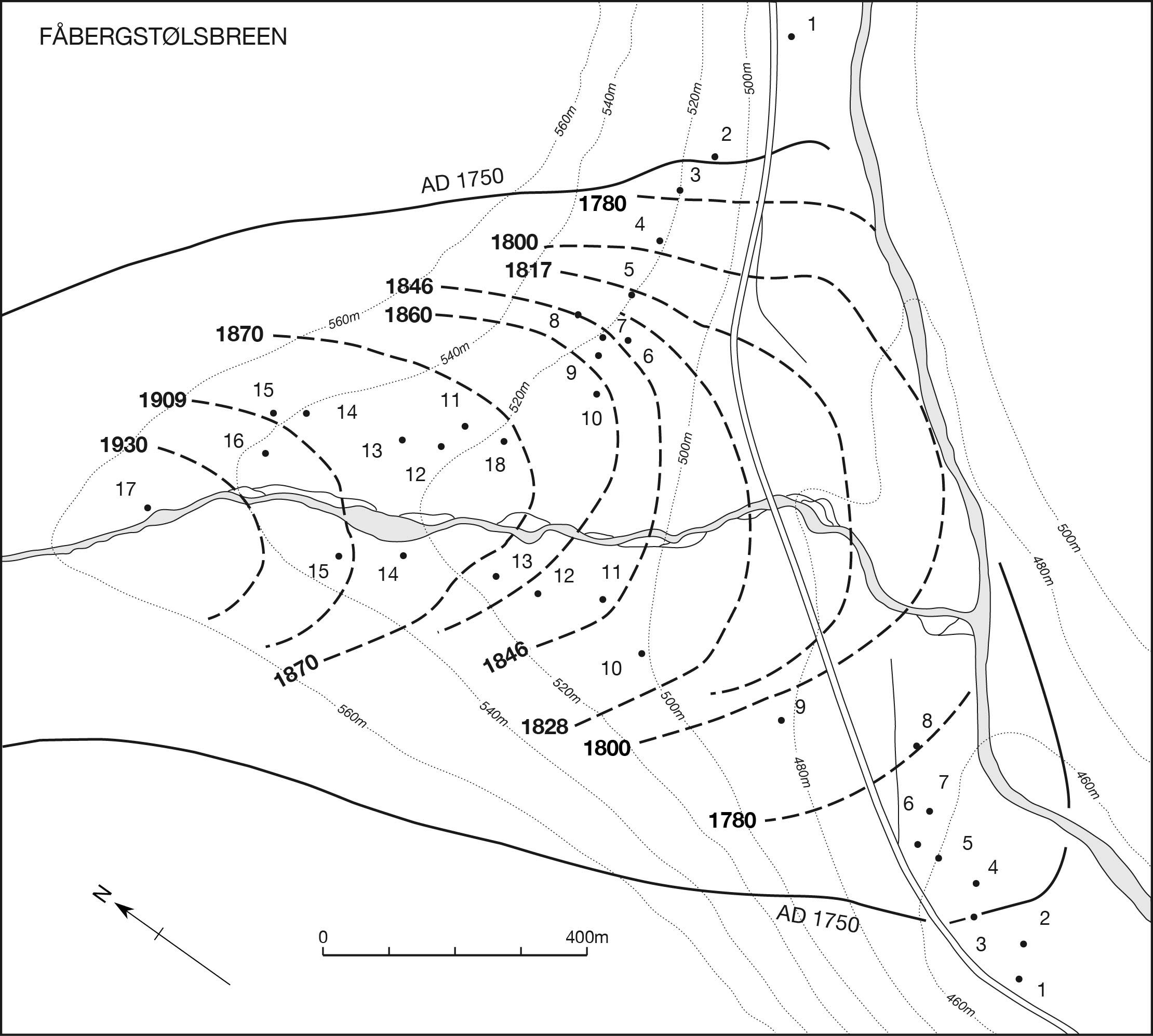 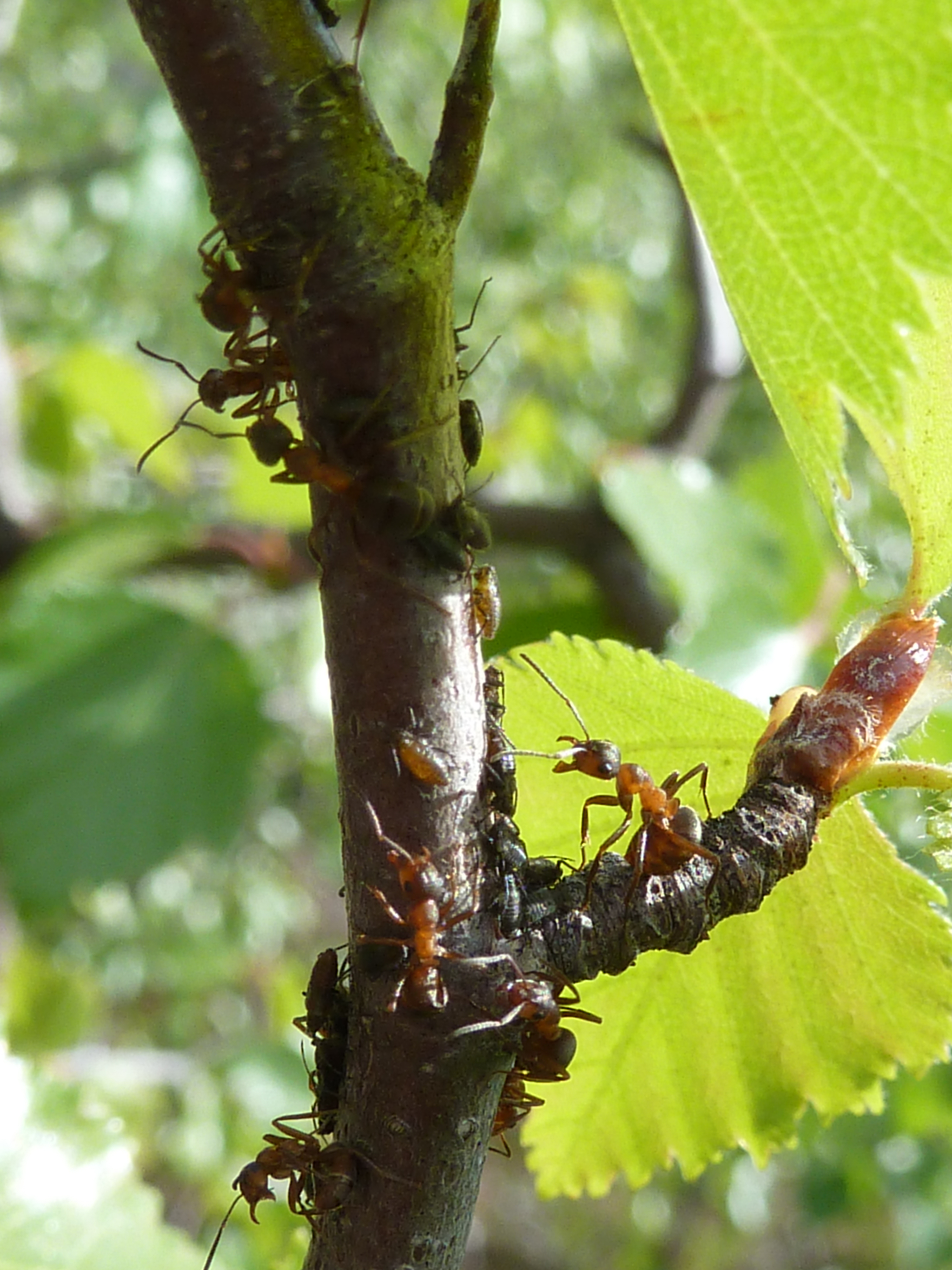 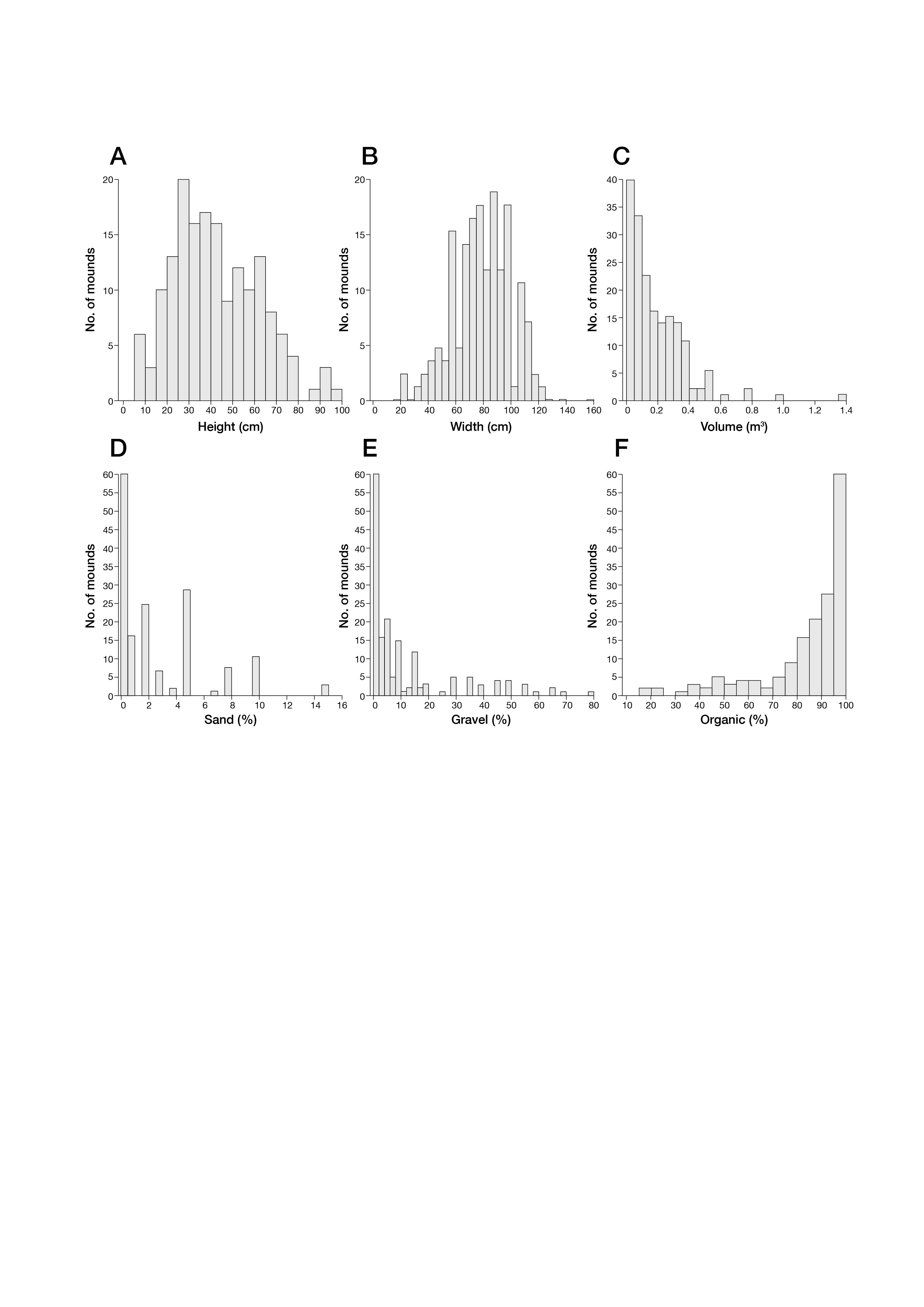 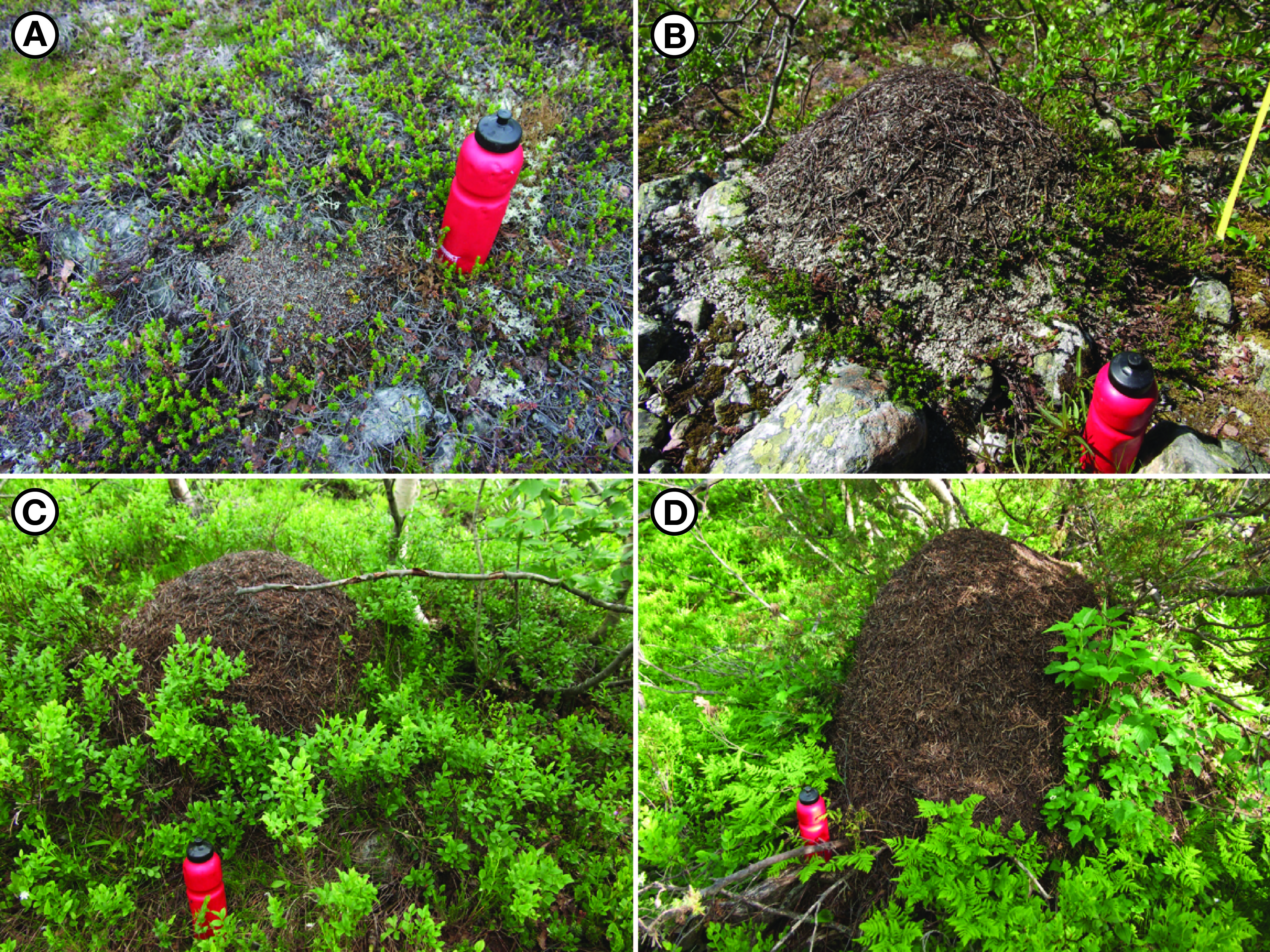 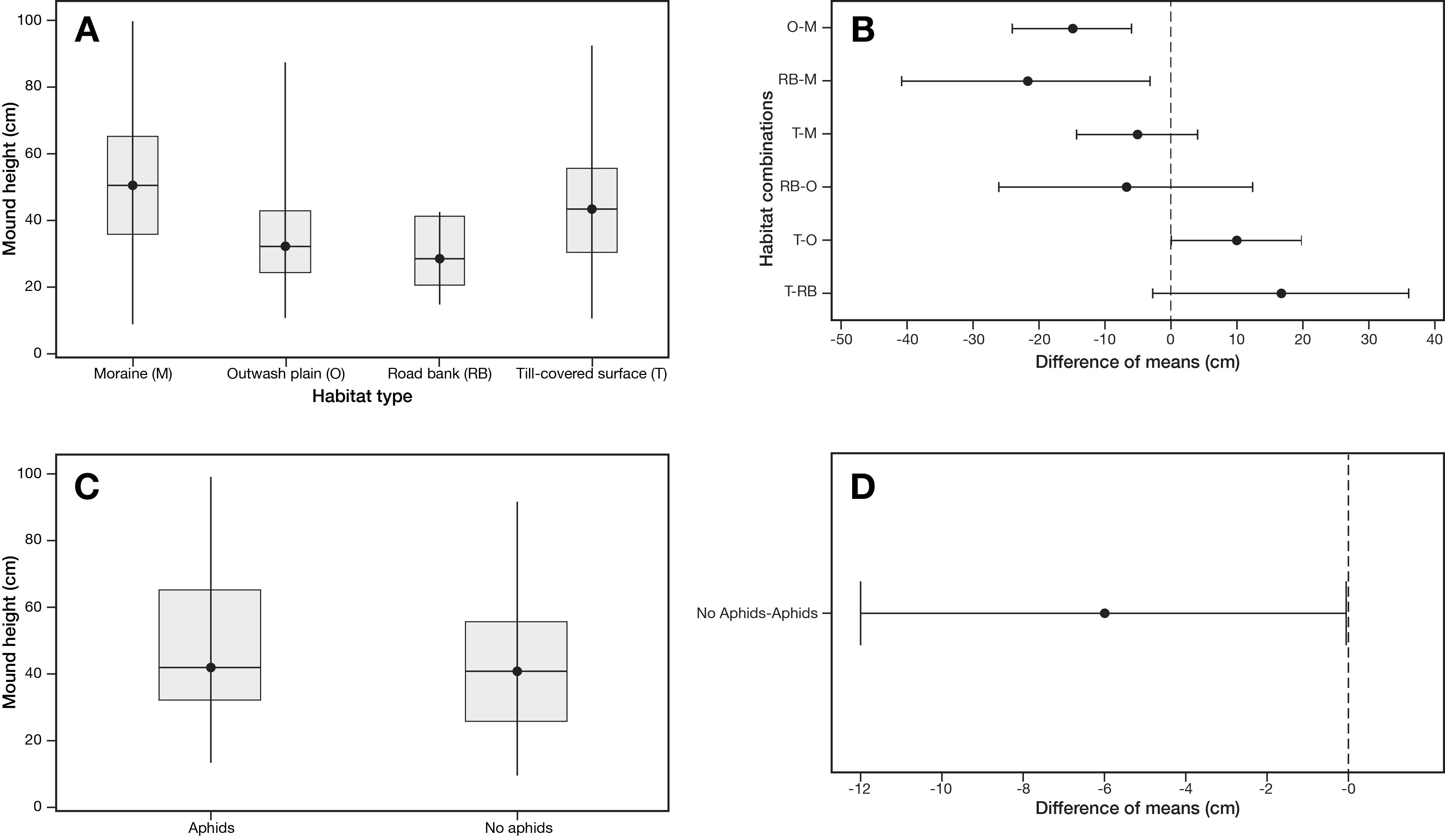 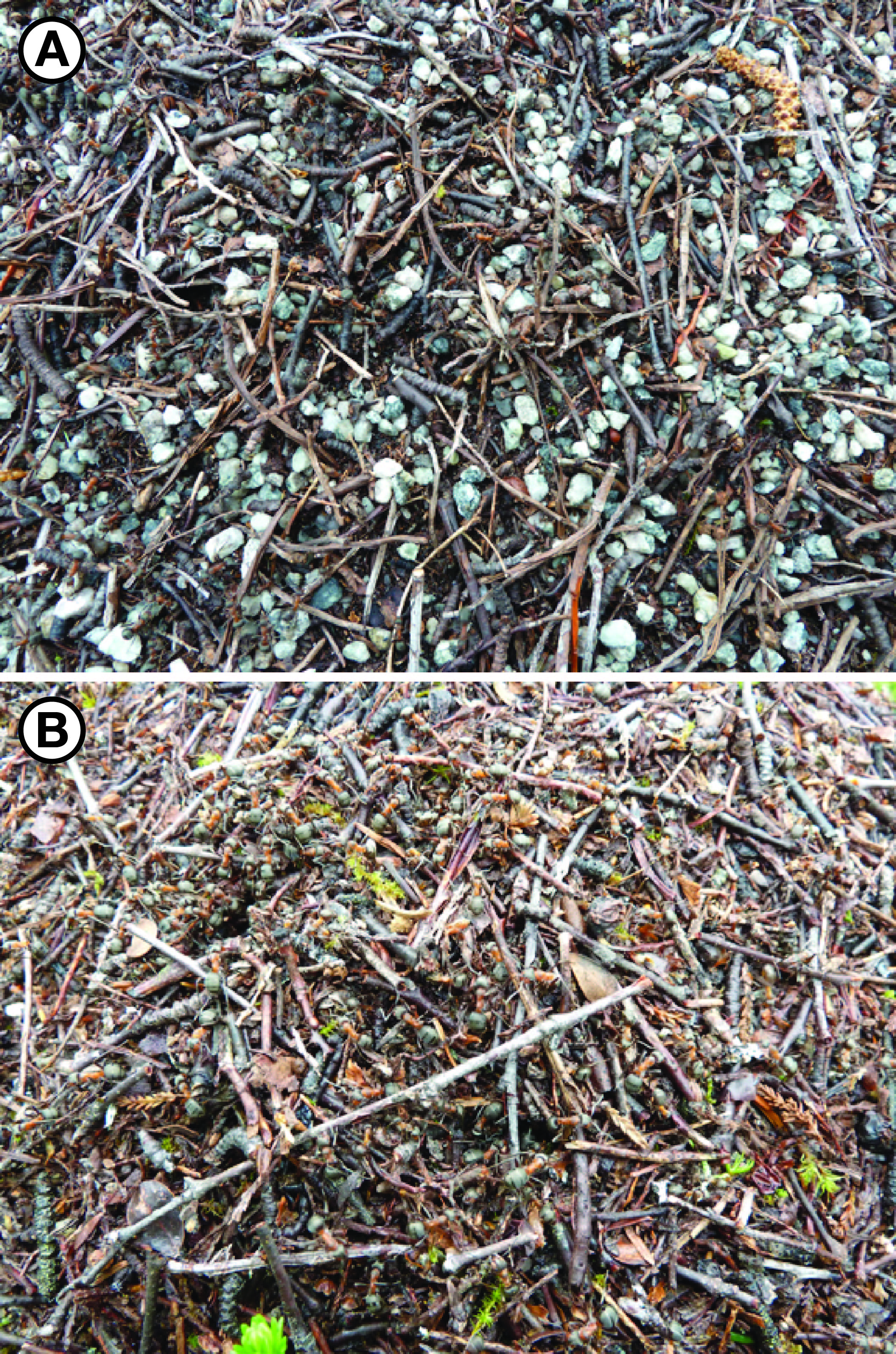 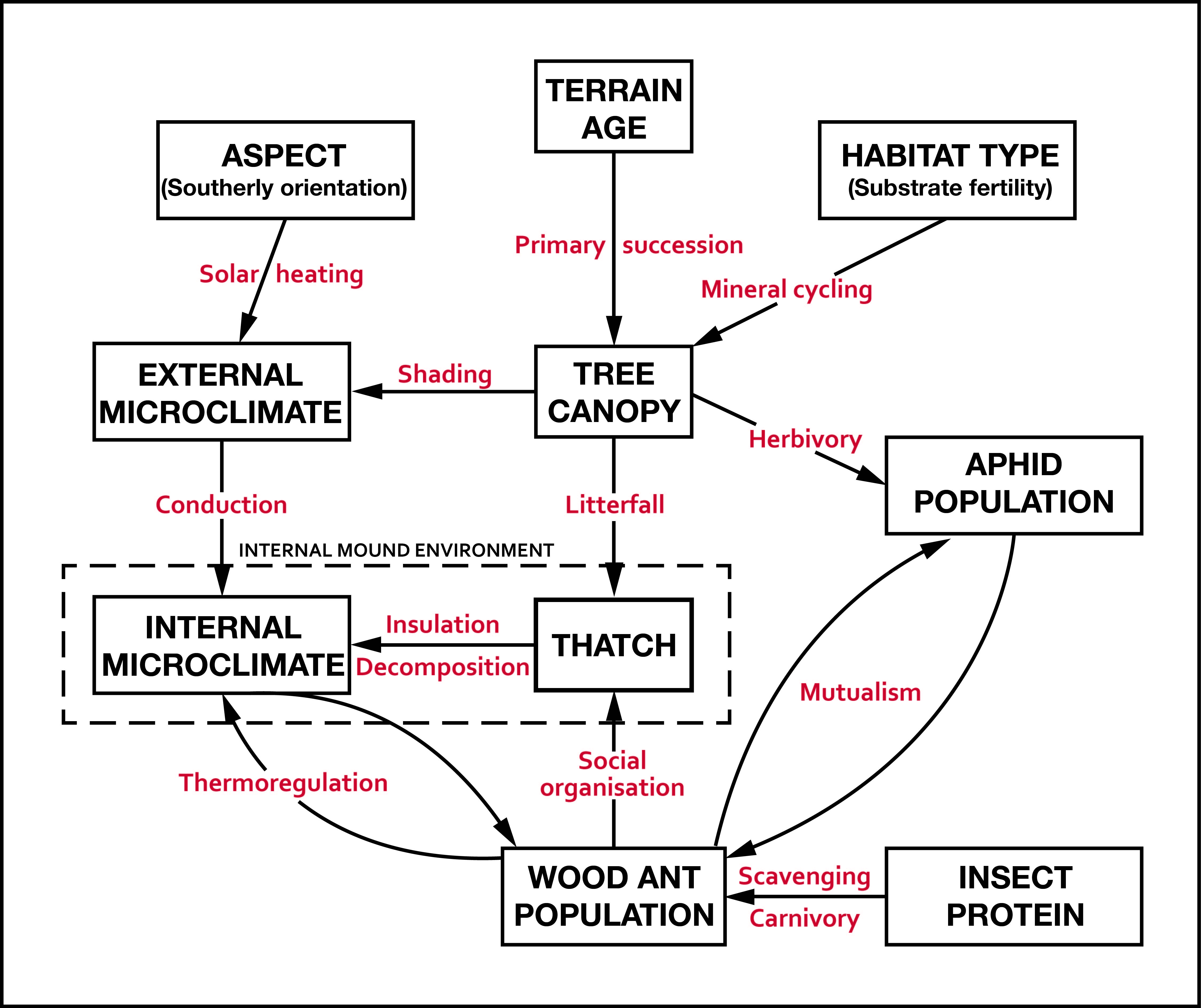