Due to previous research undertaken with University of Bristol, Bristol Vision Institute, Professor Flaxton organised a Higher Dynamic Range Laboratory with staff and students from both UoB Faculty of Engineering and UWE's Centre for Moving Image Research. This took place at the Arnolfini during the 2014 September Encounters Film Festival. Flaxton had previously been asked to speak to the Academy of Motion Pictures Arts and Sciences, Science and Technology Committee on the progress being made in Bristol in the subject area and both universities came together to create a pressurized environment to forth through innovations in the form. Flaxton was joined by Sparke, Geoff Boyle Visiting Professor and various MA's and PhD's from UWE and a BBC Senior Research Engineer visiting UoB Engineering, plus two engineering research fellows. We were also joined by two artists to think 'outside the box'. We had been loaned a very high spec HDR screen from Dolby laboratories plus various camera kit. We gathered for 5 days and worked on the problem then managed to create a new HDR imaging form which we then showed to a series of 20 person audiences over two days so that we exported learning from a research level through to public engagement.

This is a parallel activity to the CMIR CML camera Tests.

Centre for Moving Image Research and Cinematographers Mailing Lists began testing cameras and Camera Prototypes together in February 2014. These involved Professional Cinematographers and various professional crew members (Camera Assistants, Digital Imaging Technicians, plus BA, MA and PhD level students and various members of UWE Staff from technical instructors, research associates and also professorial level staff. CML is a well respected international professional discussion forum run by CMIR Visiting professor Geoff Boyle. Boyle also reports the outcomes of tests at National Association of Broadcasters Convention in Los Vegas and also International Broadcasting Conference in Amsterdam. The industry pays head to these tests. They take place at the Television Studio in Bower Ashton Campus. An important issue within doing industry and academic events together is the osmotic learning process where both disciplines learn from eachother. When we broaden these out to public events then the public also takes part in the learning process.

By mid 2015 it became apparent that there was a proliferation of new cameras and prototypes on the horizon so we decided to split these into cameras retailing at below £20,000 and those above that sum to half a million. 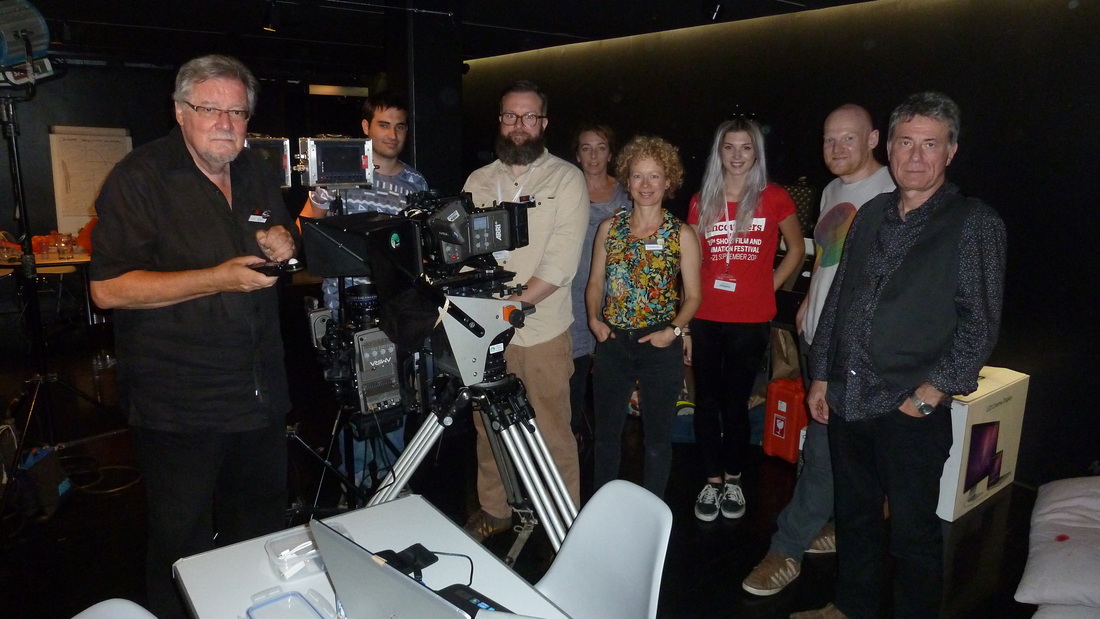 CitySpaceMindSpace: How to read Los Angeles: Banham and McLuhan in the light of Cognitive Neuro-scientific theories of comprehension (2016)
Book Chapter