‘Rogue Game Replay’ is an installation developed from the work ‘Rogue Game, First Play’ in which three or more sports are played simultaneously in the same space, their court markings overlaid. The installation continues the exploration of simultaneity in presenting three monitors showing documentation of ‘Rogue Game, First Play’ in three different moving image loops. These short edited sequences repeatedly show moments of negotiation, collision and improvisation by the players. The loops have been interrupted with frames of pure colour, referencing the colour of the tape markings both within the footage and the tape markings of the installation. The mobile relationship between player and space as shown on the screens is translated into the spatial arrangement of monitors and tape markings within the gallery. The monitors as objects stand in for the players on the courts. The configuration of the installation is tuned to the architecture of its situation, in this case the Firstsite Gallery designed by Raphael Vinoly, as a contrast and register to a building that eschews the right-angle. Its placement across the main circulatory area of the building necessitates the audience to cross its territory and in some way to play the game.

The installation was exhibited in relation to the programme ‘Playing with Space’ curated by Lawrence Bradby. The programme celebrates artists’ interventions into urban space, showing ways by which the presence of the human body can critique architecture. The event presented fifteen performance works through short films, two live performances and one spatial installation by artists from Europe, USA, Central America and Africa. The event tour included Norwich Art Centre, Norwich, The Live Art Development Agency, London and Firstsite, Colchester. 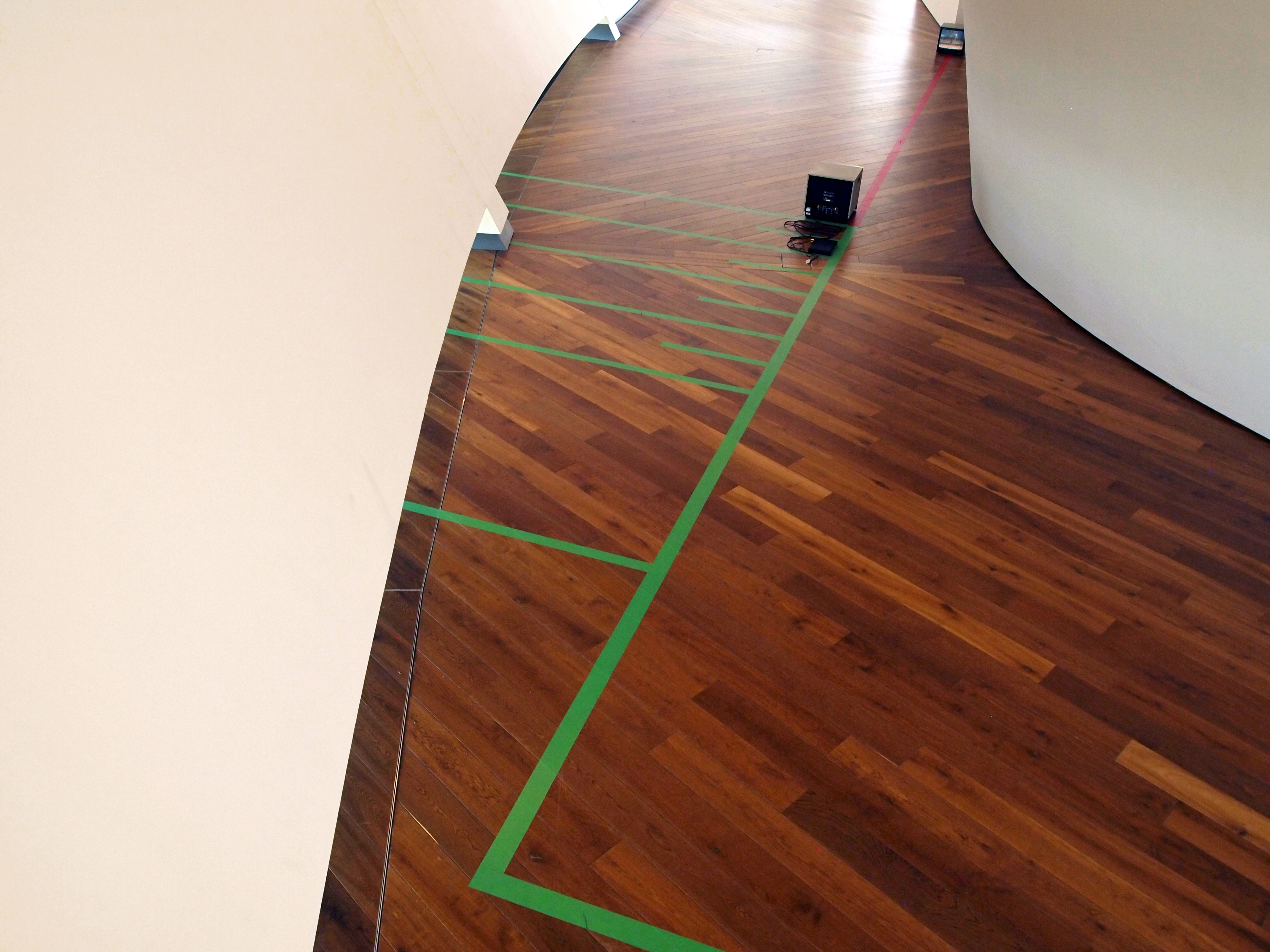 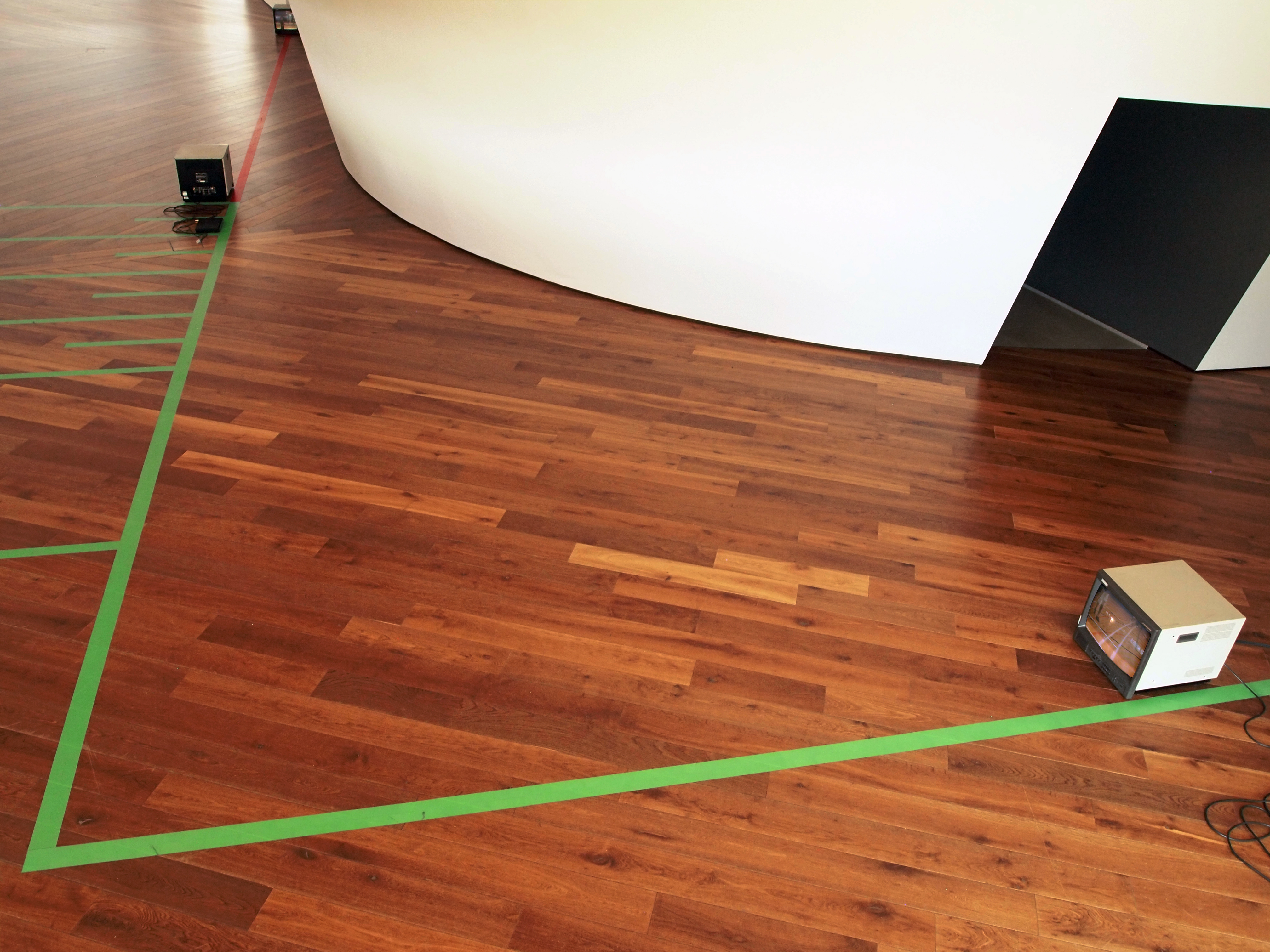