The anatomy of the orchestra: A VR experience

The Anatomy of the Orchestra: A VR Experience (AnatomyVR) is a Cinematic VR artefact (360° film) that captured a visceral, live performance as an immersive audio-visual experience.

Presented by The Paraorchestra and Friends in April 2018, a live orchestra performed The Four Sections, a rare work for symphony orchestra by influential contemporary composer Steve Reich, by 51 musicians, across the four levels the Colston Hall’s iconic atrium. An audience moved in and amongst this large-scale sonic installation, experiencing their own unique balance of instruments and creating an unprecedented ‘access all areas’ orchestral invitation.

Luke Reed directed students and partners in the capture and post-production of the Cinematic VR artefact. A range of cutting-edge audio recording methods were analysed and synthesised from intersections between conventional film production and multichannel live audio engineering to overcome the non-standard arrangement of performers in a location not built with the common recording infrastructure of recording environments.

The post-production explored novel spatial audio techniques for immersive film, resulting in a unique approach that brokered perceptual and technical concerns in the synthesis of large-scale immersive musical sound stages. The film revealed new understanding in editing of immersive audio-visual material within a musical performance context.

AnatomyVR is the focus of a set of audience studies which investigate the use of immersive media to engage new audiences with contemporary classical music and is a central part of the digital strategy for Colston Hall, Bristol Music Trust, and Paraorchestra and Friends.

AnatomyVR was funded by Arts Council England and the Higher Education Innovation Fund. The work premiered at Encounters Film Festival (2018) and continues to be submitted on the international festival circuit alongside showings at the Colston Hall and local venues. 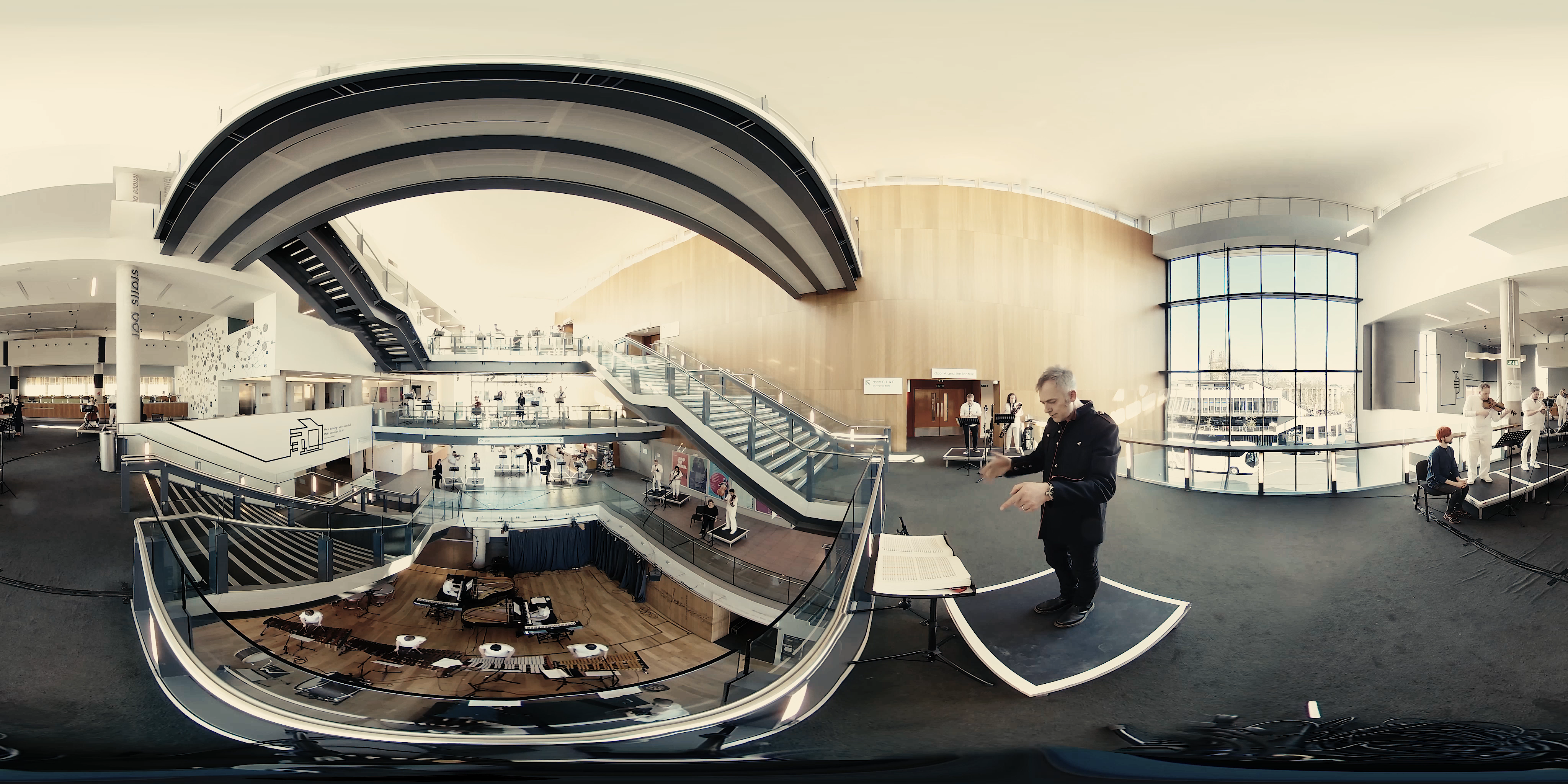 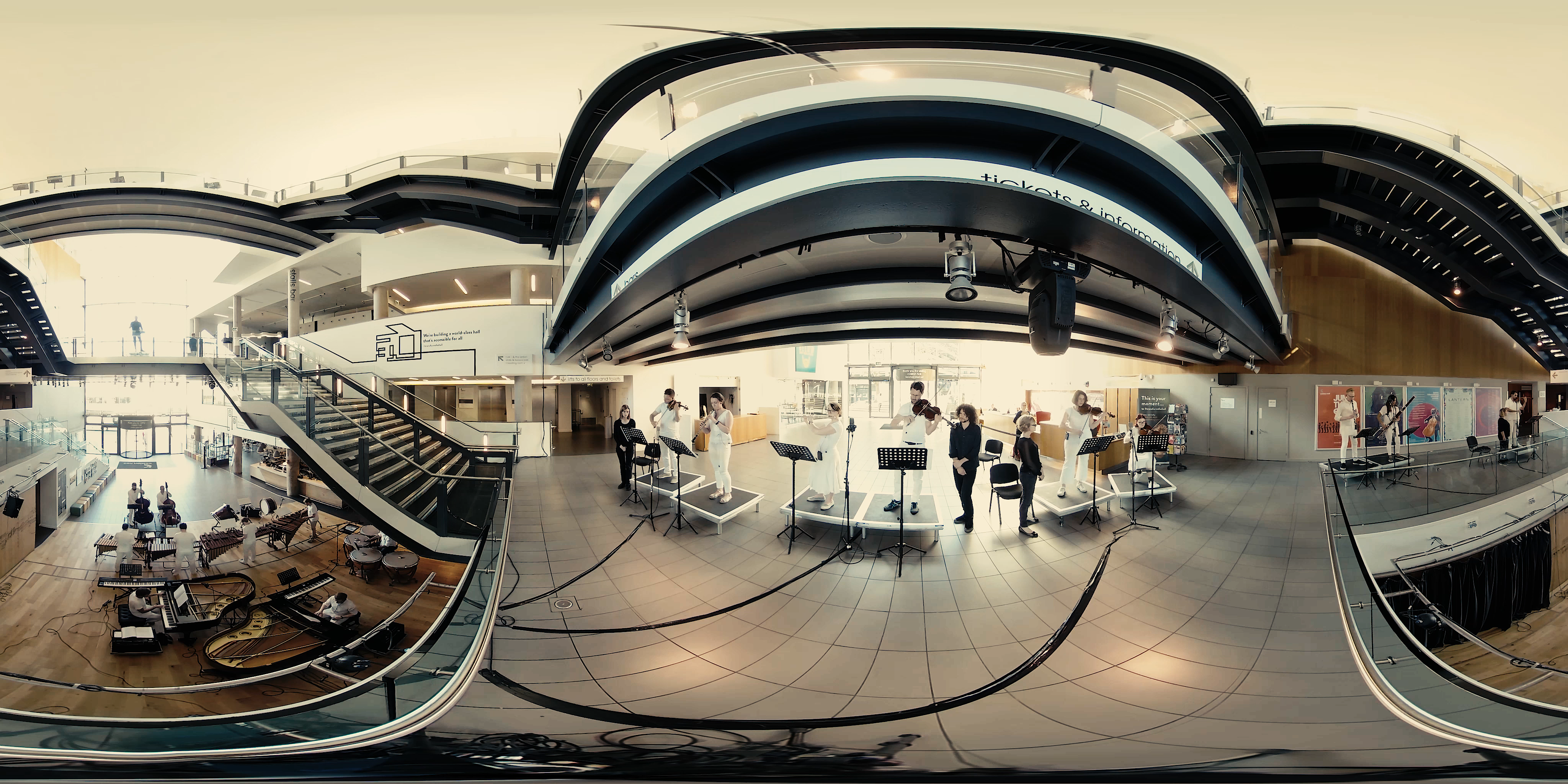