An index of the degree of rock-surface microweathering based on Schmidt hammer R-values is developed for use in the field without laboratory testing. A series of indices - I2 to In, where n is the number of successive blows with the hammer - is first proposed based on the assumption that the R-values derived from successive impacts on the same spot on a weathered rock surface converge on the value characteristic of an unweathered surface of the same lithology. Of these indices, the I5 index, which measures the difference between the mean R-value derived from first and fifth impacts as a proportion of the mean R-value from the fifth impact, is regarded as optimal: use of fewer impacts (e.g. in an I2 index) underestimates the degree of weathering whereas use of more impacts (e.g. in an I10 index) makes little difference and is therefore inefficient and may also induce an artificial weakening of the rock. Field tests of these indices on weathered glacially-scoured bedrock outcrops of nine common metamorphic and igneous rock types from southern Norway show, however, that even after ten impacts, successive R-values fail to approach the values characteristic of unweathered rock surfaces (e.g. bedrock from glacier forelands and road cuttings). An improved *I5 index is therefore preferred, in which the estimated true R-value of an unweathered rock surface is substituted. Weathered rock surfaces exposed to the atmosphere for ~10,000 years in southern Norway exhibit *I5 indices of 36-57%, values that reflect a similarly high degree of weathering irrespective of the rock type. 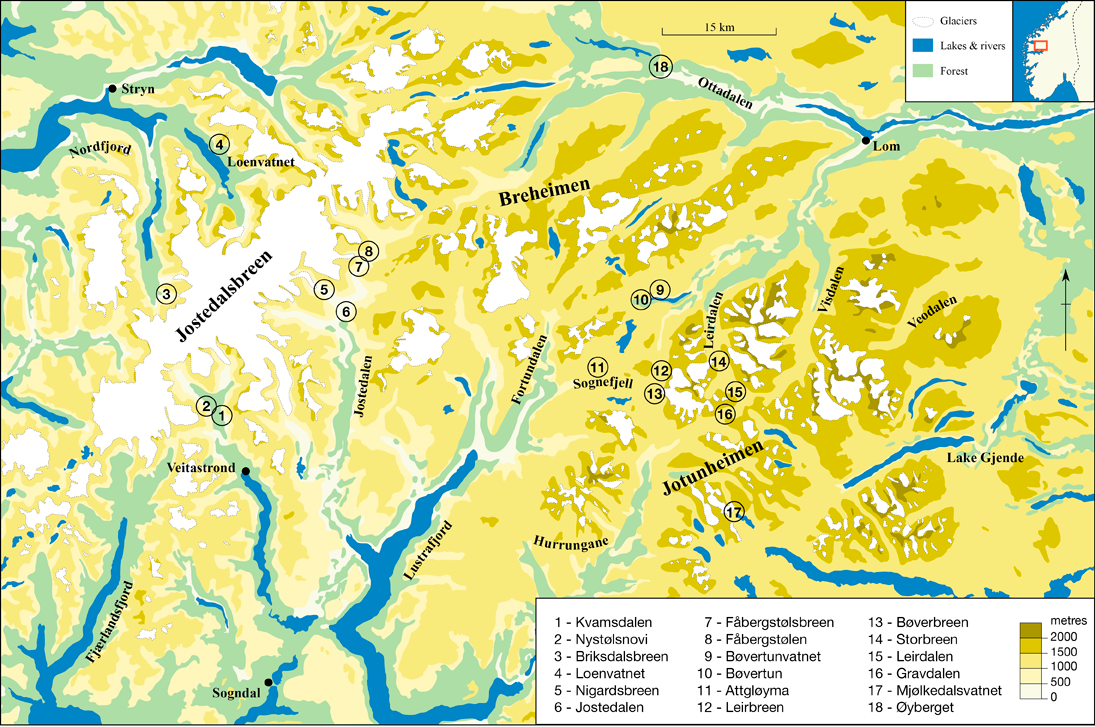